AR300M is the our best mini router. It is small and powerful.

It has several sub-models:

*AR300MD 5Gwifi is suggested only to work at monitoring mode because of power consumption. 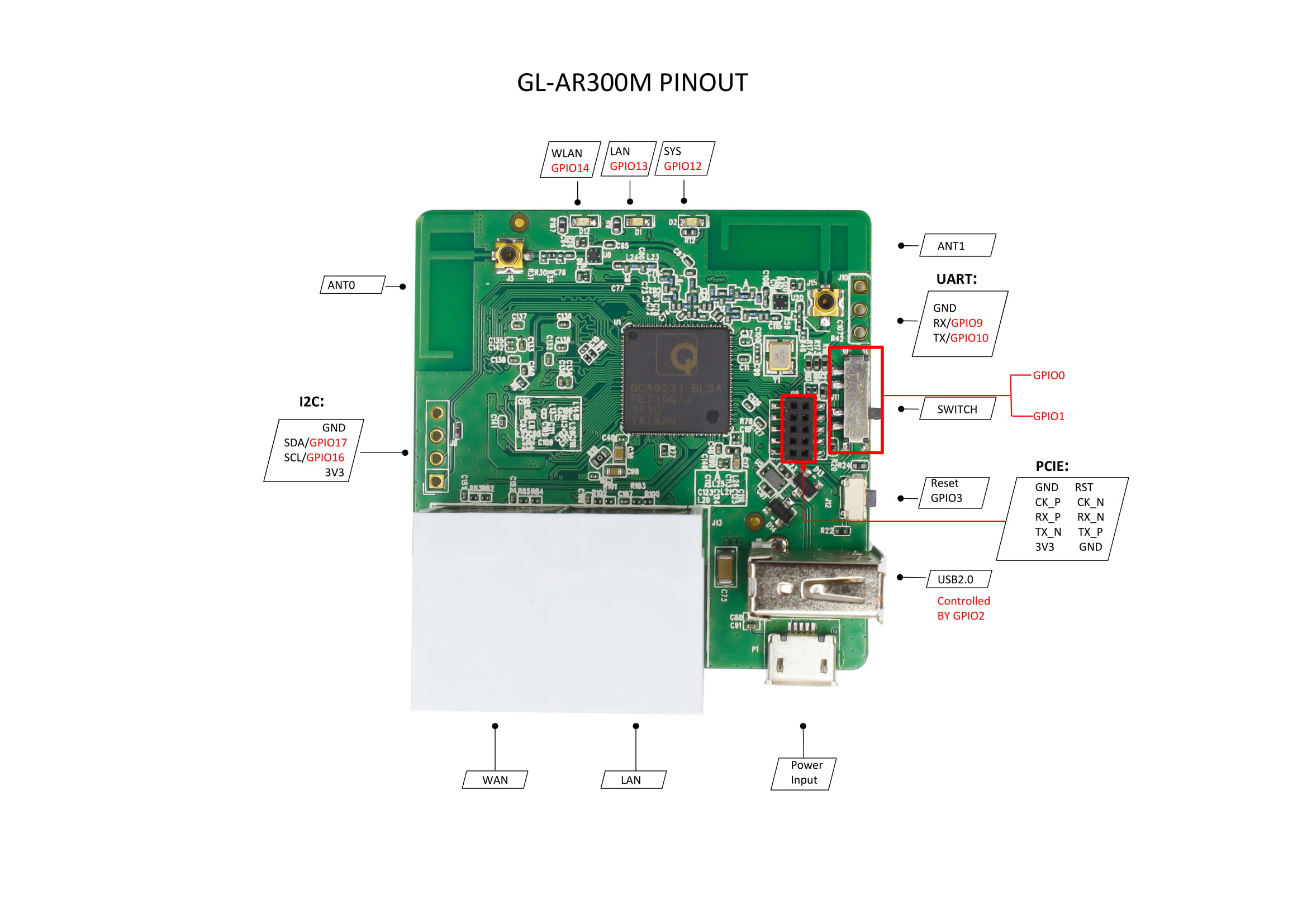 Note: I2C is not working in some early version of the router.

By using 128MB Nand flash, space is not a problem and the writing speed is improved greatly. You can compile a firmware with tons of features and writing data is almost instant.

By adding PCIe interface, a 5G 802.11a/ac addon module can be connected and you can enjoy the wifi speed on a mini router.

By adding a fast Nand flash, you can feel how the performance is improved compared to a Nor flash router.

The performance comparision between AR300M (nand) with AR150 is below: 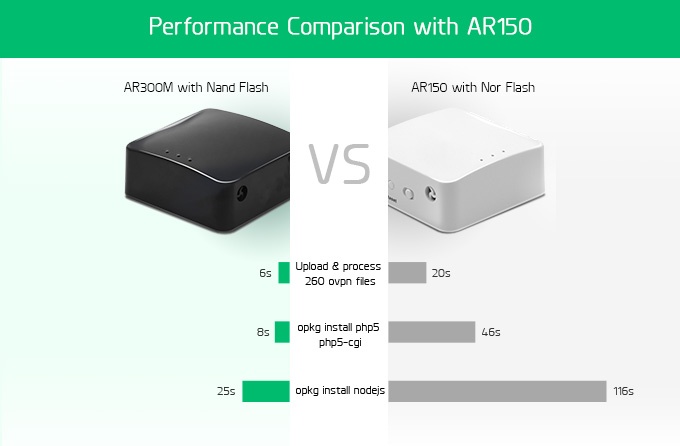 It only takes 6 seconds to upload and process 250 ovpn files. When installing packages to the router, it takes no more than 20% for the time spent than using nor flash, including the time to download resource from the Internet. So everything just happends in seconds.

By using two firmwares, businesses can have dual boot options to ensure the system can backup, upgrade and boot without problems.

Building the generic firmware for nor flash

The simple instructions of building the firmware can be found here: https://github.com/gl-inet/lede-17.01 You need to have a Linux machine. In this example we use Ubuntu.

If you want to build the firmware for nor flash, choose GL-AR300M as the target. 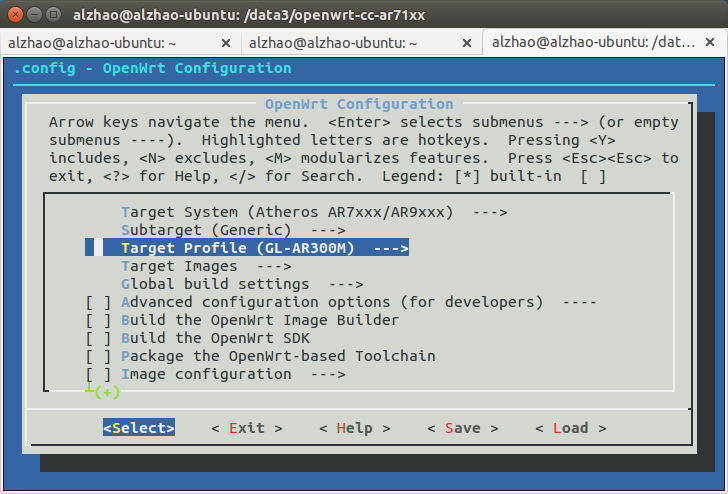 If you want to build the firmware for nand flash, first choose subtarget Generic devices with NAND flash then choose GL-AR300M Nand as the target. 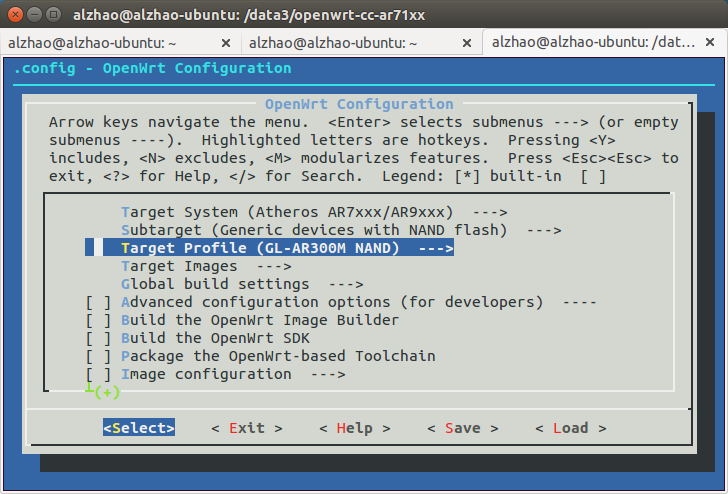 The make process will takes around 1 hour for the first time because it needs to download a lot of data from t he Internet. After compiling finished, you will find the following firmware files in bin/ar71xx/

There is two file for nand firmware. The xxx-ubi.img is used for first time writing to the nand flash. If you are using uboot to upgrade the firmware, please use this one. The xxx-sysupgrade.tar is used for upgrading from openwrt. So if you use our stock firmware or already using an openwrt firmware, choose this one.

The firmware has exactly the same UI as our other mini routers. To determine you are using nor flash or nand flash, please check the available space from the UI.

Control which firmware you are booting into

There are two methods to control which firmware you can boot.

You need to do this each time if you want to boot into nor firmware, no matter you which firmware you are using. Otherwise after the firmware boot, it will reset bootcount variable and next boot will always try to boot the nand firmware.

First ssh to the router and set uboot env boot_dev

Then when the router boot, the router will choose which firmware to boot using the hardware switch. 1. Left side (near the reset button) --> Nand flash 2. Right side --> Nor flash

If you brick your router and it cannot boot, you can try to save it using uboot.

Here is a video guide for entering AR300M uboot failsafe.

In some early version of AR300M, the uboot boot very slowly. So be patient when you press and hold the reset button. The LEDs will start to flash around 5 seconds.

There is a bug in AR300M uboot and in some computers the connection will always reset when you upload firmware. Check this post to find the discussion. You can either try chaning the MTU or just try another computer.

Note: If you have an older version of uboot, the webUI will only be able to flash NAND flash. This is fixed in newer versions.

Note: When flash NAND firmware, only use the firmware with .img in the name, not the one with .rar in the name.

The following figure is the web ui of the new uboot. 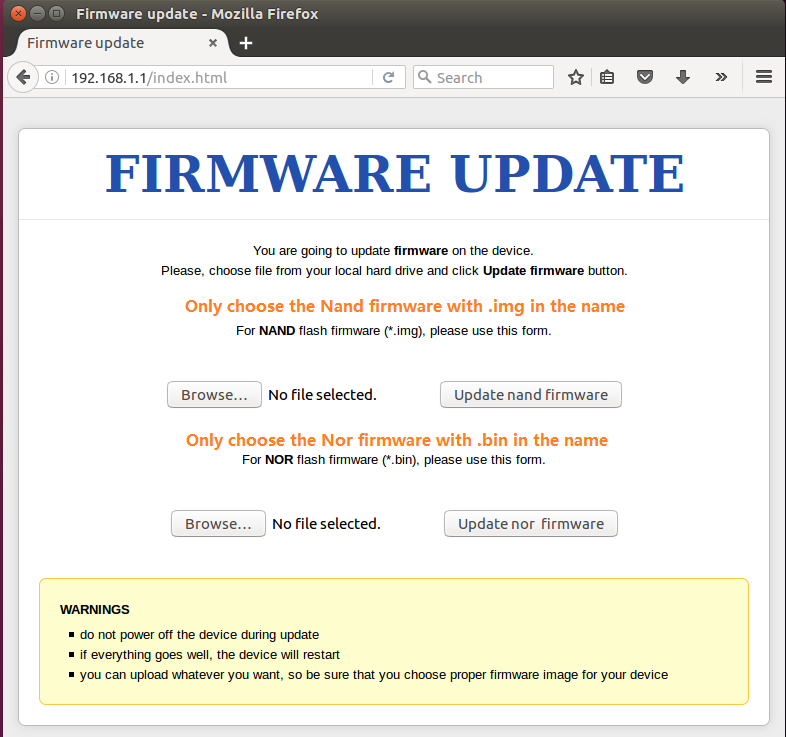 If you want to use uboot console, you need to open the case and solder the serial connectors.

Then you need to set up a tftp server.

in uboot console, the command to flash nor flash is run lf to flash nand firmware is run nlf