VPN Cascading is also called double VPN in various scenarios. But GL.iNet VPN Cascading may be a little different. Please refer to the following figure for the idea.

VPN 1: The router is used as VPN server. Clients connected to this server will go to Internet using the router’s ISP Network by default.

VPN 2: The router is used as VPN client to 3rd party VPN services.

VPN Cascading: You can forward data of VPN1 tunnel to VPN2 tunnel. So when the Laptop, Desktop and Smartphones (end devices) connected on VPN1 will go to 3rd party VPN services, without any other setup in these end devices.

How to enable VPN cascading¶

The following figure has OpenVPN and Wireguard servers enabled on the router. And also connect to NordVPN via OpenVPN protocol. 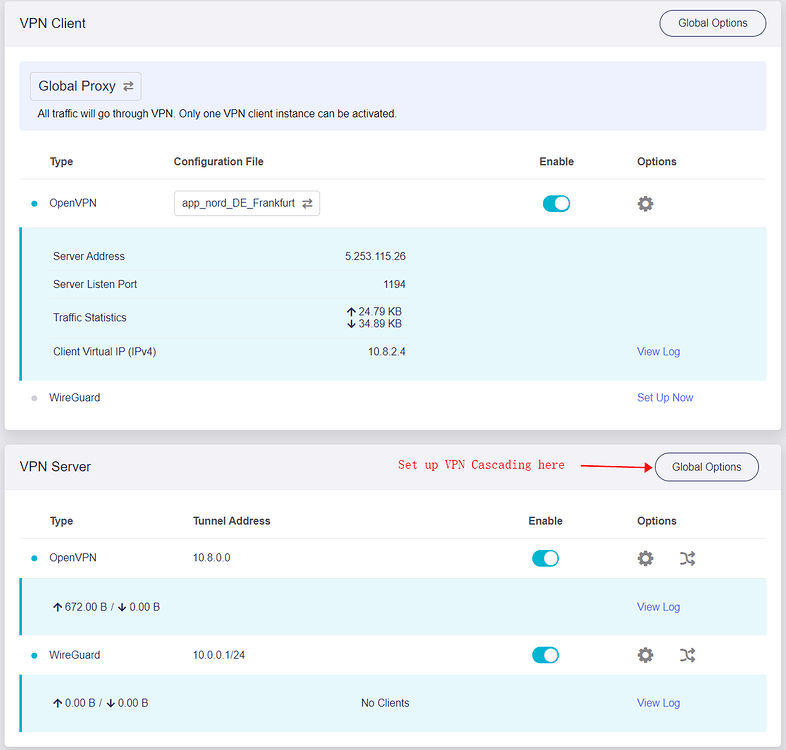 You can enable VPN cascading in Global Options in VPN server section. 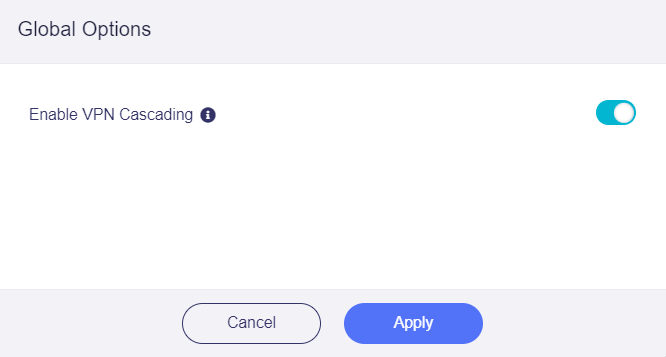