On the left side of web Admin Panel -> NETWORK -> Multi-WAN

GL.iNet routers have up to 4 interfaces, but this varies depending on the model. They are Ethernet, Repeater, Tethering and Cellular. Here is the GL-AXT1800 as an example. 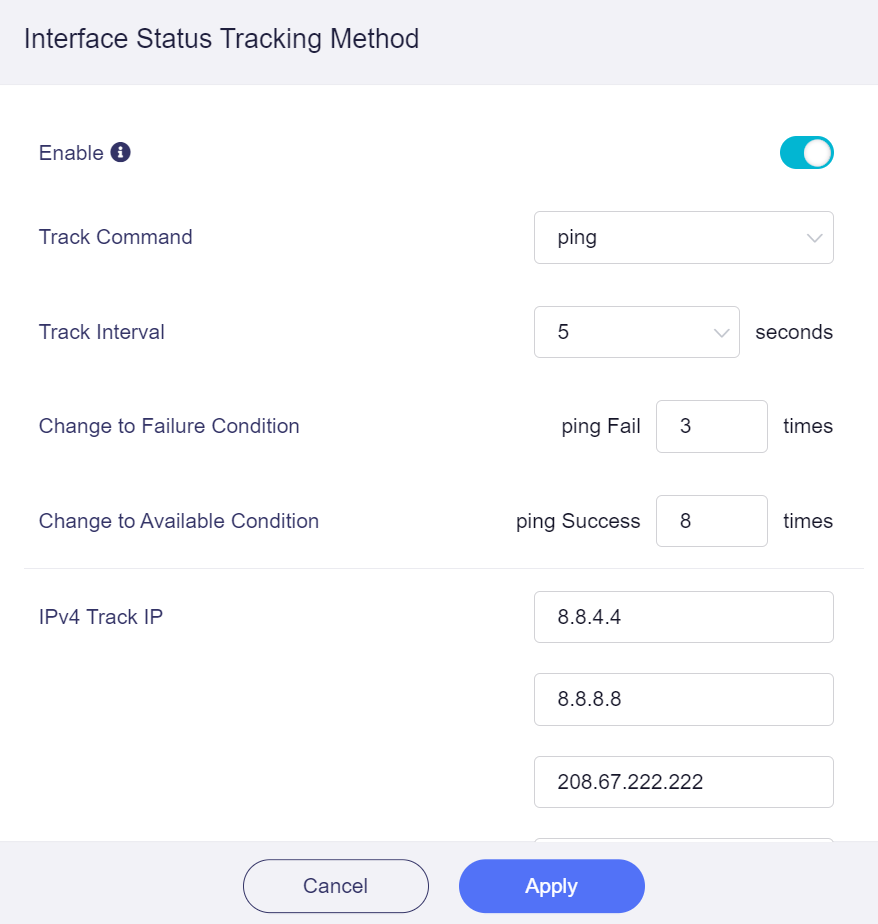 You can disable the interface status tracking, the router will use the physical status of the interface (such as whether the network cable is plugged in or not). 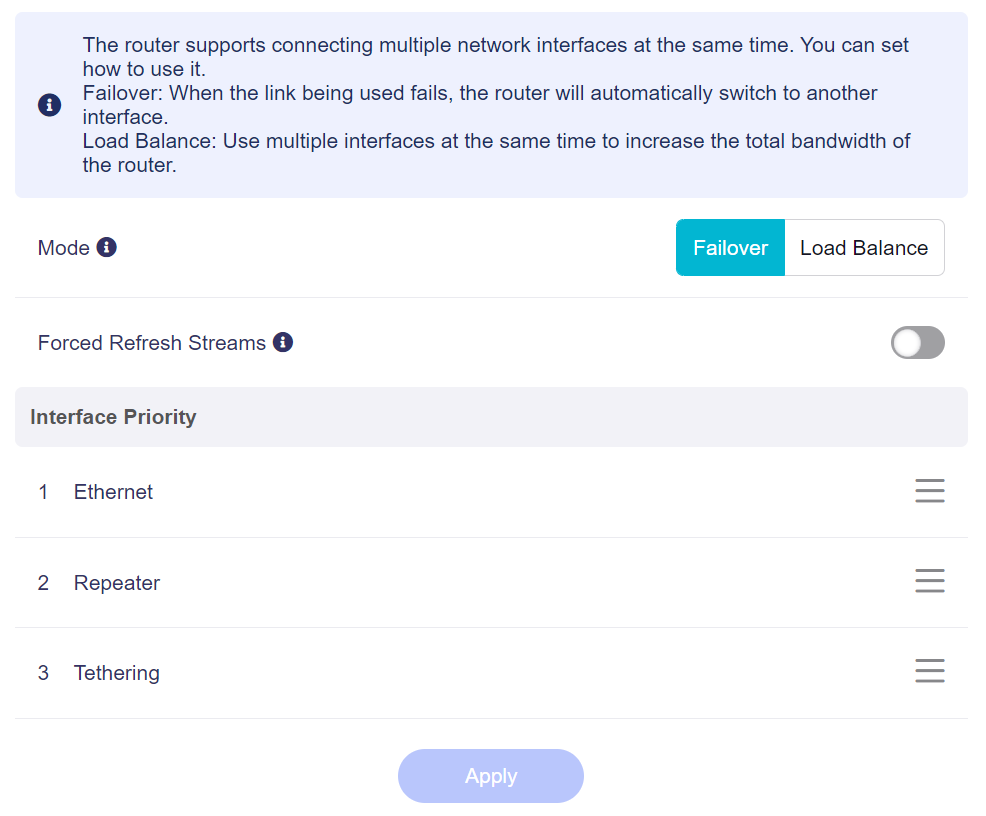 You can set the priority of each interface, when the interface being used fails, the router will automatically switch to another available highest priority interface.

Use multiple interfaces at the same time to increase the total bandwidth of the router.

Note: Alive connections or traffic are not ensured to match the load ratio. It is closer to this ratio if it has been used for a longer time. 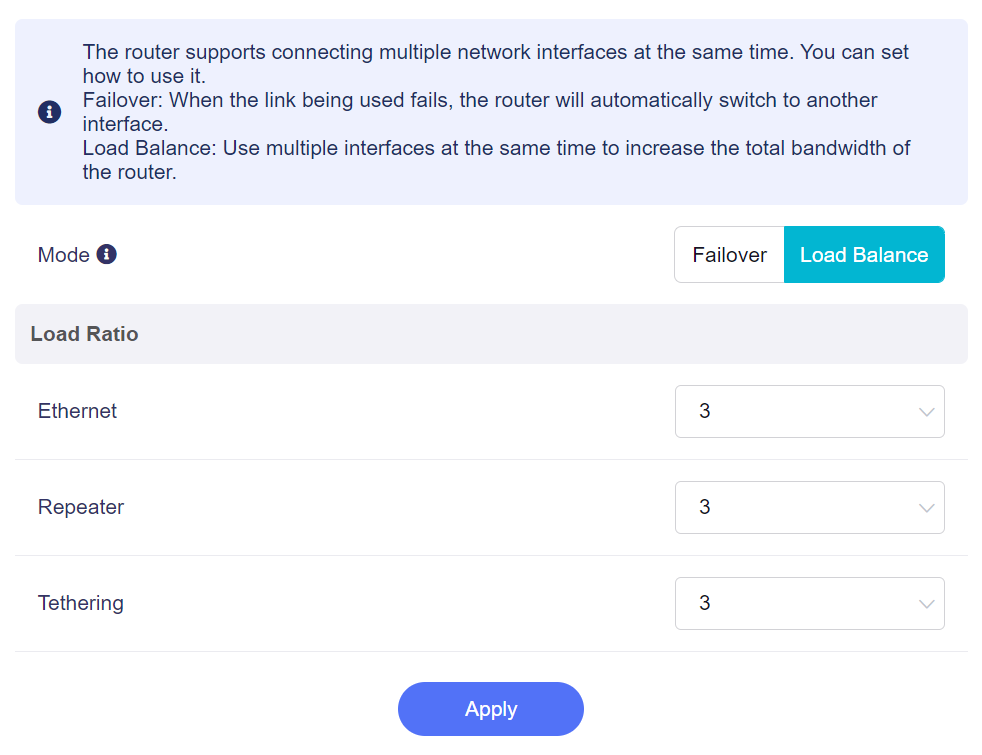